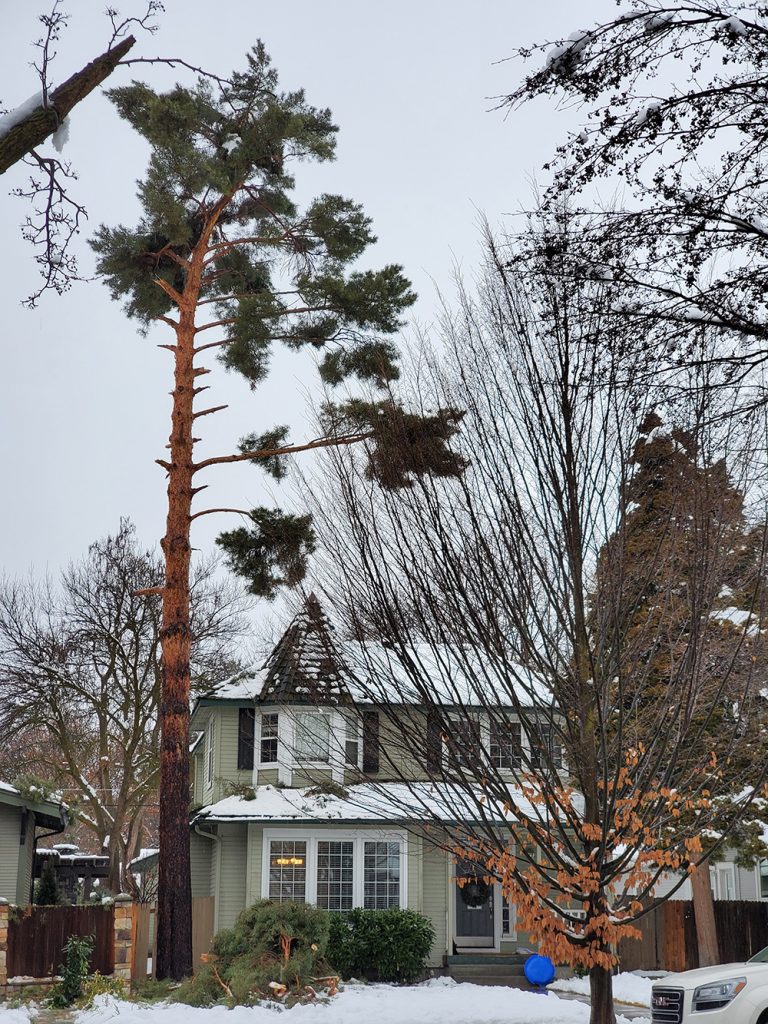 This scotch pine has a history of over thinning. The interior limbs were removed over and over again throughout the years. This was most likely because the owner(s) of the tree believed something like “its important to let the wind blow through” and probably enjoyed the open airy aesthetic of the canopy when pruned. The problem is that no one recognized the tree was responding to the pruning stimulus by only growing at the tips or limbs left untouched. The result was a unnatural elongation of the limb without a corresponding increase in diameter (which would have taken place if interior limbs were left) and a profuse tufts of thick heavy live needles and cones at the end of limb.

In arboriculture this is what we call a lions tail. You can see clearly on the few lower to mid level limbs why this term is used. The unfortunate result of the lack of good arboricultural advice given to the owner of this tree is that in effect he spent thousands to slowly ruin his own tree.

I have also attached a photo of the same species (Scotch Pine) in a row at a apartment complex. Look closely at the tree below and you’ll see it didn’t even break a sweat dealing with the snow. These trees show no to little history of thinning and the result at the back end of the storm is better trees for much less money. 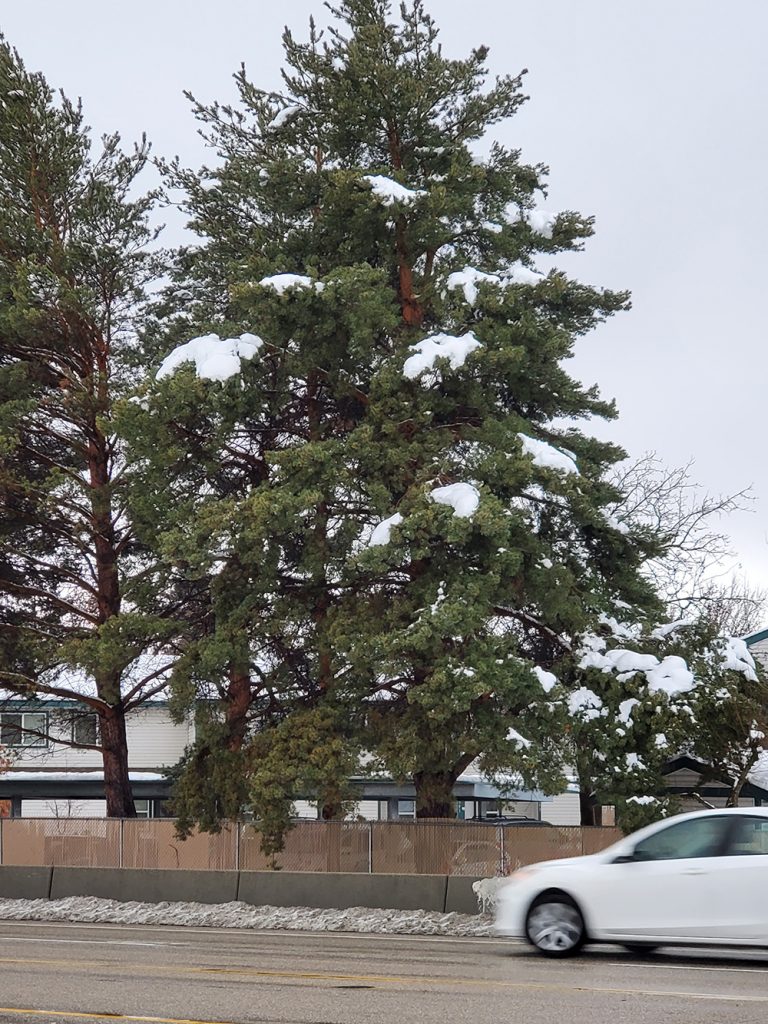 The moral of the story is always hire an ISA Arborist in good standing and preferably with a long history of practice in your area.
What is an ISA Arborist?